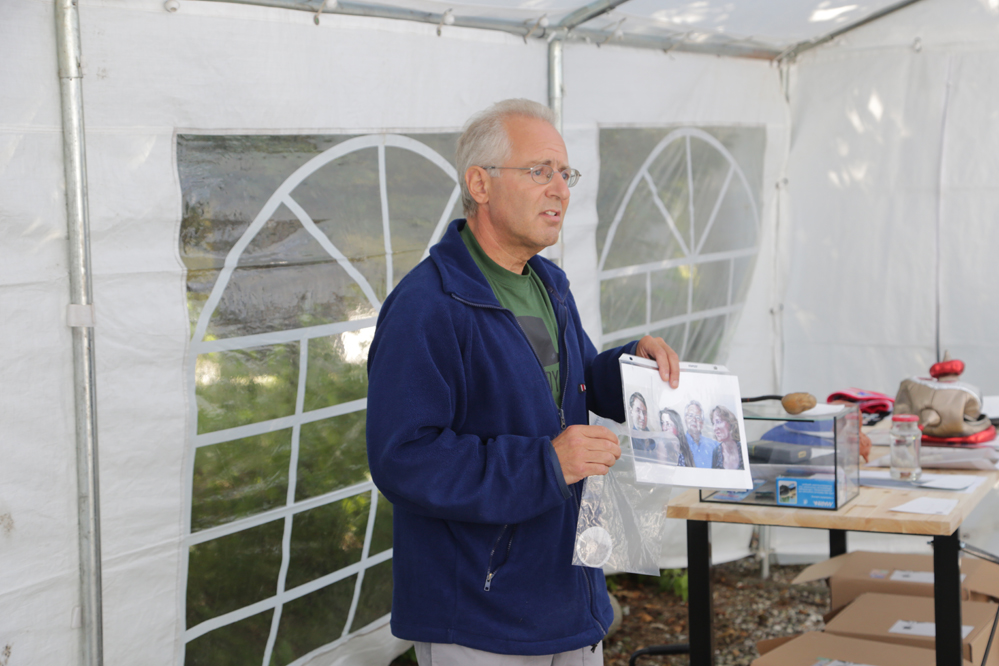 My first impression was ‘Who are all these people?’. I mean I recognised many of them but what were they doing here in this remote Danish beach-side hotel that had taken me such a long time to reach (and in different stages and by different modes of transport). I was expecting the select group of Danes with whom I was working—a joint project on ‘distortion’ as an aspect of social life and the broader human condition: Morten and Morten and Nina and Henrik and Sandra and Lise.

It seems I had not understood, or sufficiently remembered, Morten and Morten’s email: some 20 anthropologists would gather to take part in a non-specified ‘event’, ‘The Comedy of Things’, and be prepared to devote a week of their lives to the process. The devoting had not in fact been onerous: a secret box to open beforehand at a specified time (GMT); three DVDs to watch; three short texts to write concerning (1) humorous anecdotes from our ‘home’ environment and our ‘field’ environment(s), and (2) ‘myths’ from ‘home’ and ‘the field’, and (3) what we thought The Comedy of Things might be about.

Nor was the devoting onerous once arriving at the remote location (Tisvildeleje): an area of holiday cottages on the Siælland coast, north-west of Copenhagen. Indeed, the setting was stunning, plus fine company, excellent food, a spa hotel with a spiral staircase to suites with balconies overlooking the beach and sea; even a sea warm enough to swim in after a hard day’s anthropologizing under the meticulous guidance of Morten and Morten (and the ability to ham it up in front of the camera (since the whole event was filmed), and even the ability to ensure you were the best (at whatever it was we were meant to be doing) since we were divided up into competing working groups).

What did I think I knew? That as a practitioner of anthropological science, my subject was the ontology of the human condition. What is it to be human? What is our universal nature and what is our singular and personal experience? In particular, what is our experience of one another, and what models fit social life, where the experiences of different individual human beings abut?

I understood this knowledge of humanity, individuality and sociality to be incremental: This was what our knowledge consisted of according to what we had learnt to date; what did any new ethnographic experience add to this corpus?

I also understood this knowledge of humanity, individuality and sociality to have a moral purpose: How could humanity and individuality best prosper, given the changing nature of social life in changing natural conditions—and given the ignorance and the immoral capacities of certain actors and certain social arrangements and certain cultural constructions of the world?

Lastly, I understood this knowledge of humanity, individuality and sociality to have an aesthetic component: How could the knowledge of humanity and individuality be best represented and disseminated so that change occurred along lines of personal freedom and opportunity: so that all human beings irrespective of the accident of birth that placed them in different geographical, social and cultural environments might benefit from the best knowledge of human ontology that had been accumulated to date?

The ‘comedy’ here to which Morten and Morten referred, I felt I knew at the outset, was that individual consciousness and social life alike operated according to (‘comedic’) principles of distortion. The processes of consciousness and social interaction were neither of them linear or predictable. The ‘comedy of things’ was that in human life ‘things fall apart’. Intentions are not fulfilled, plans go awry, systems and relations collapse; our bodies and our minds mutate in ways that cannot be known in advance; and the effects that these bodies and minds have upon others with which they come in contact—and how they are affected by others in their turn—cannot be known in advance either.

Given this anthropological knowledge of (comedic) distortion, how ‘optimally’ to deploy it? That is, how to incorporate a distortive view of human personal and social life into anthropological theorizing? And how to deploy it in the pursuit of a global society run on liberal principles (of personal freedom)? How to inscribe distortion?

What did I think Morten and Morten knew: what did I think, in advance, that the Tisvildeleje event might be choreographed to display? ‘Comedy’ was not to be taken literarily. I thought it might refer to the serendipitous connexion between things in a life, the contingencies and coincidences and muddle, and the way that accidental events and occasions and actions ramify, even into tragedy. (Social relations I knew to be a muddling-through in which no neat, mechanical models fit, and no overarching systems, structure and function, synthesis and consensus, actually existed.)

Were Morten and Morten wishing to have us enact variations on the theme of social life being farcical, chaotic, multiple and contradictory? Was this the story of the DVD they had had us watch beforehand on a Lars von Trier exhibition in which the random movement of ants filmed at the entrance to a nest in an American desert and then transmitted to a computer screen in Denmark determined the moods and behaviours of a set of actors whose characters and ambitions were unknown to one another (and only vaguely fleshed out to themselves) and who were placed together—their lives set against one another—in the confined spaces of a certain number of rooms in a Copenhagen museum? There is ‘comedy’ in the inadvertent and indirect and miscommunicated effects that each human being has on others.

I supposed that the DVD was also to show the effects that Gregory Bateson would have described as schismogenesis, or feedback. Each human being has effects on others that were incremental: more from one leads to more, or less, from another in measurable gradations. These knock-on effects were the visible matter of another DVD we had been instructed to watch: ‘Der Lauf der Dinge’. The ‘comedy of things’ also concerned perhaps what I knew that Morten and Morten liked to consider to be things’ affordances. What did one thing have to possess in order for it to be affected by some thing else? Things must possess properties that could be triggered, however inadvertently, by the otherness in their environs. ‘The way things go’ in human life depended on the intricate and accidental ways in which human beings were connected by their affordances, whether of a chemical or physical or locational, a semantic or emotional or social-relational or cultural-traditional kind.

I was also struck by the correspondence between what I imagined to be Morten and Morten’s intentions for us at Tisvildeleje and what I had just been reading from the Portuguese poet Fernando Pessoa in his Book of Disquiet. ‘The only reason we get on together is that we know nothing about one another’, Pessoa wrote. Human social life is a masked ball. The means that one human being has to communicate with another—words and gestures—are ‘uncertain, divergent things’, such that ‘the very way in which we come to know each other is a form of unknowing. When two people say “I love you” (or perhaps think or reciprocate the feeling), each one means by that something different, a different life, even, perhaps, a different colour and aroma in the abstract sum of impressions that constitute the activity of the soul’.

Finally, having completed the Tisvildeleje course, having reflected over the intervening months, and having read their text ‘About’, what do I now think Morten and Morten were about? For them, ‘The Comedy of Things’ was a version of ‘fieldwork’—broadly understood as those moments of self consciousness at which particular social and material conditions generate our specific ways of anthropological knowing and conceptualizing. At the heart of the anthropological enterprise as they see it is the making of ‘paradoxical connections between seemingly disparate domains’. They conceive of these acts of making as ‘associational flights’—akin to the obviations of myth or the perversities of comedy. And they conceive of a hidden structure to these flights or obviations that derive from hidden qualities of the (apparently) disparate domains and objects now being associated in the anthropologist’s mind. What appeared initially ‘comic’ or ‘ludic’ or ‘mythic’ was in fact the anthropological uncovering of a sort of ‘comic capacity’ of these domains or things to be thus properly associated together, or enchained.

In short, ‘at the heart of much anthropological thinking’, for Morten and Morten, lay making ‘unexpected and often awkward connections (and disjunctures) between disparate sets and scales of ethnographic materials’. Rather than making linear connections between things—from premise to conclusion—might we achieve a better perspective on ourselves as anthropologists by exploring the ‘comedic’ way in which we produced knowledge through processes of categorial distortion?

Was not our anthropological knowing a matter of thinking through things—objects, situations, places, scales—such that a distortive logic was revealed to us concerning the connections (affordances) between these things, and hence these things’ true, deeper natures?

I think I understand Morten and Morten better now, and their version of an anthropology that is different to my own (concerning ‘things’ affordances and capacities’, ‘the mythic nature of relationality’, ‘“things” as including human beings and objects and situations’, ‘deep structures’, ‘ever emergent concepts’). But maybe I’ve got it all wrong.